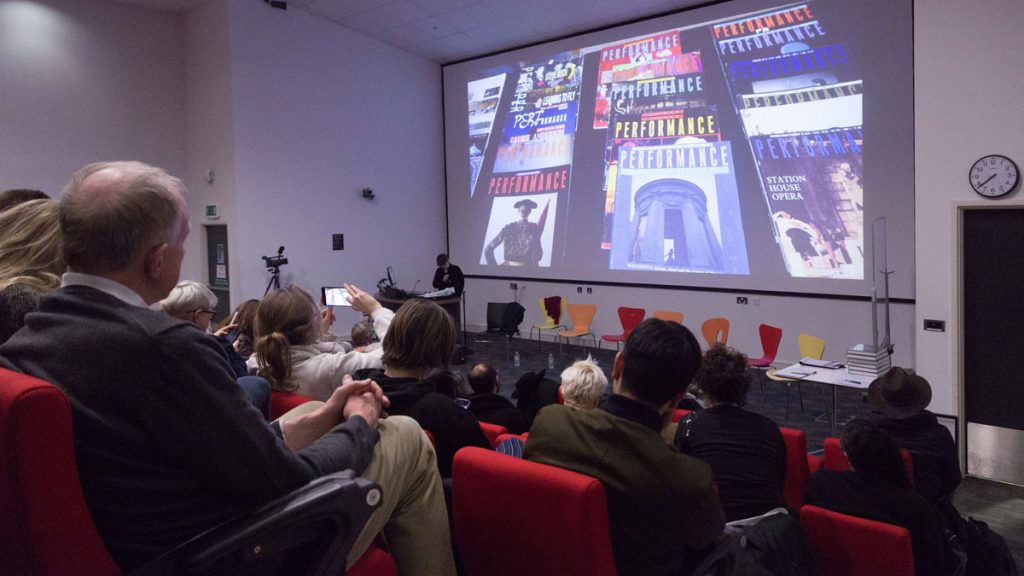 Here is the recording of the panel discussion:

To coincide with the launch of the fourth edition of Block Universe, London’s leading International Performance Art Festival; this panel discussion will bring together a number of contributors across disciplines to discuss past and current dynamics of performance art in the UK, and providing a platform to consider the historical significance of the ephemeral nature of performance art, through the lens and personal accounts of artists, critics, curators and academics.

The participants include the subversive 1980s performance group The Neo Naturists; Ellen Van Schuylenburch, one of the founding members of Michael Clark Company, Jane Pritchard, curator of dance for the Victoria and Albert Museum, London and Lois Keidan, director of the London-based Live Art Development Agency – LADA, as well as artists Evan Ifekoya & Victoria Sin, who are both contributing to this year’s edition of the Block Universe.

Together we will explore ideas of an active, living archive,  one that takes into account the ability of performance to sustain itself and live on through the body rather than the record, thus re-positioning the body as the centre for knowledge in place of the archive. Can we take the inherent choreographic vocabulary in dance as an example? How can performance as memory exist?

The talk will be moderated by Louise O’Kelly, founder Block Universe and hosted by Astrid Schmetterling, Senior Lecturer in Visual Cultures, Goldsmiths, followed by an informal drinks reception to be held at the Student Union Bar.

This event is supported by Goldsmiths, University London and Outset.