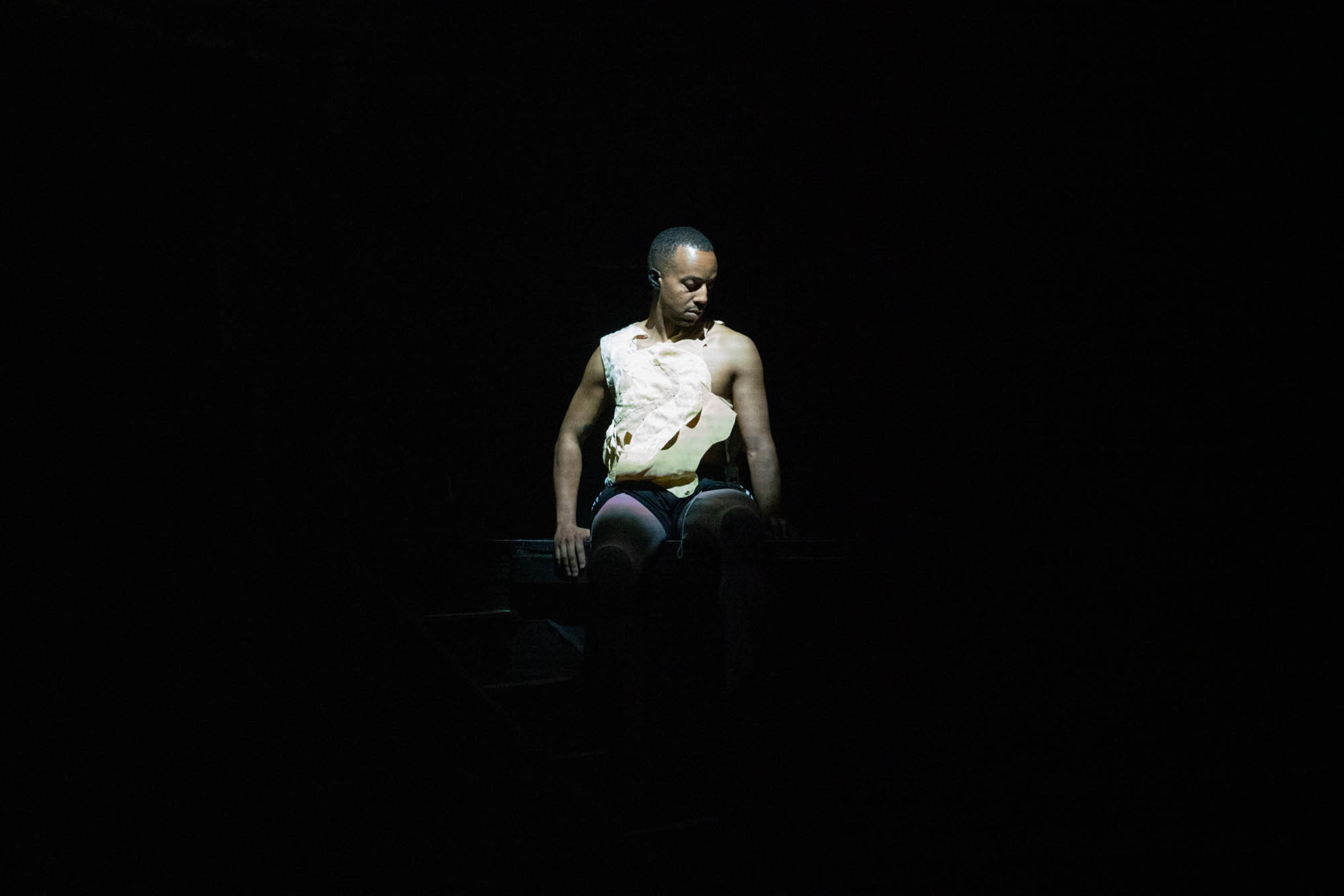 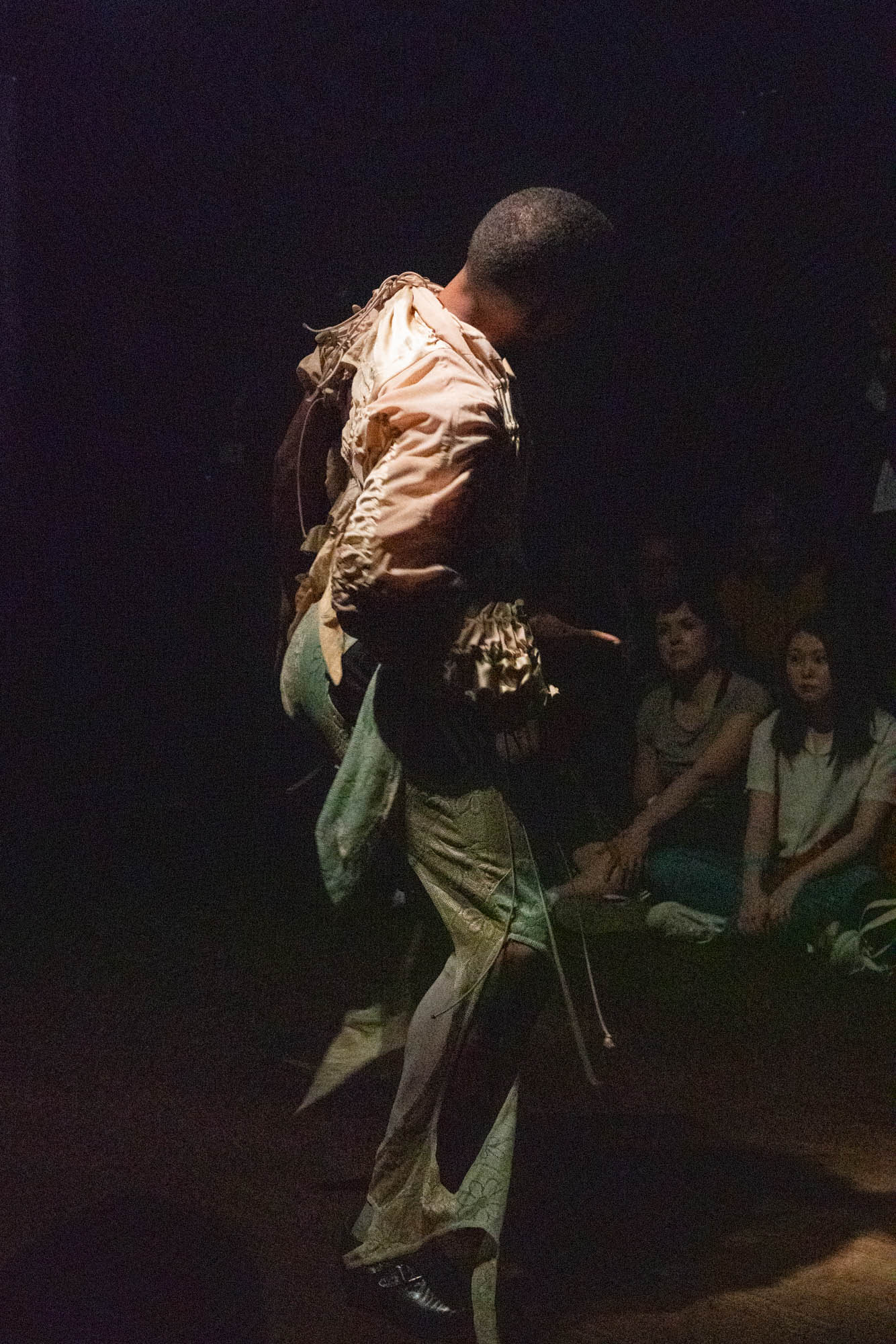 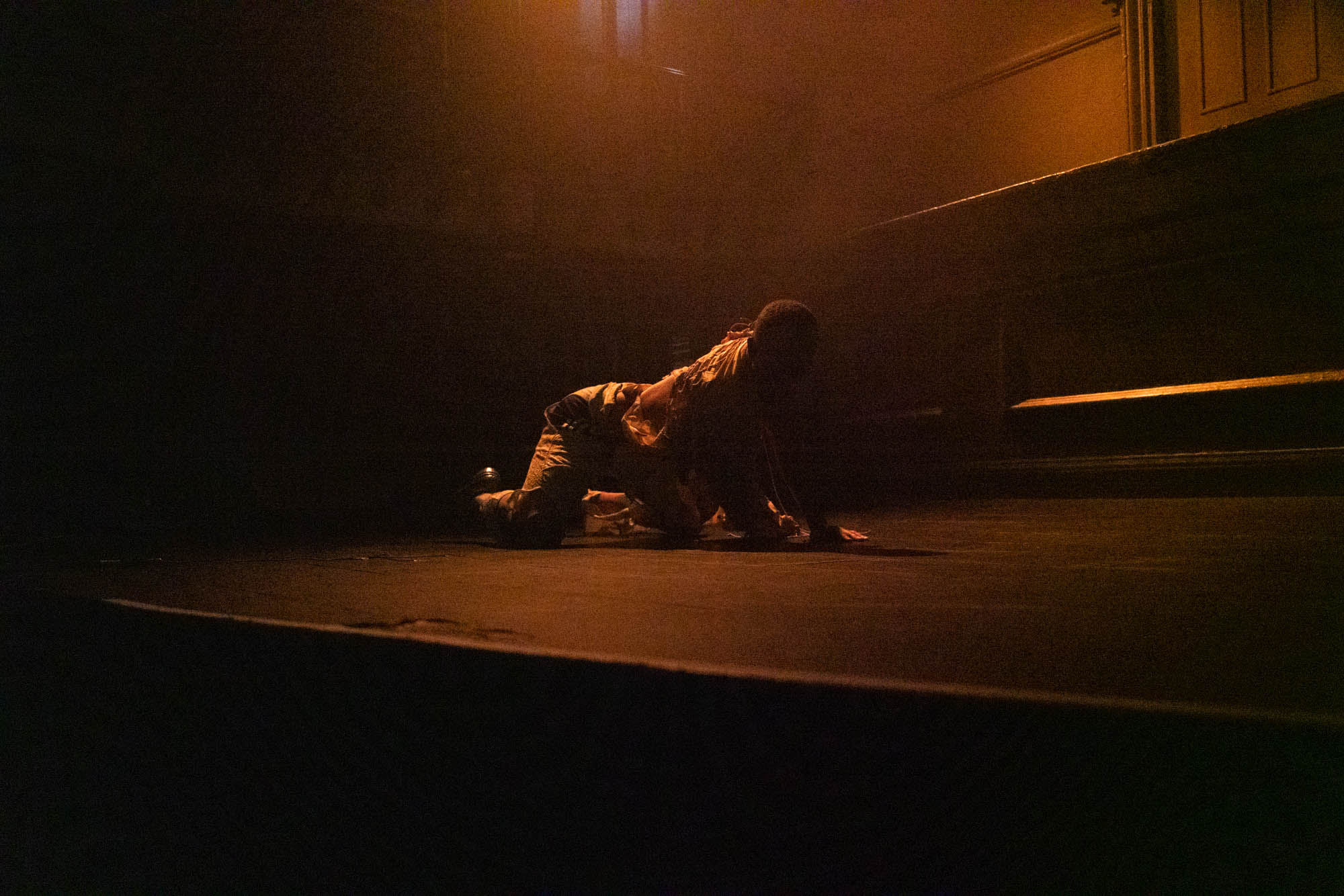 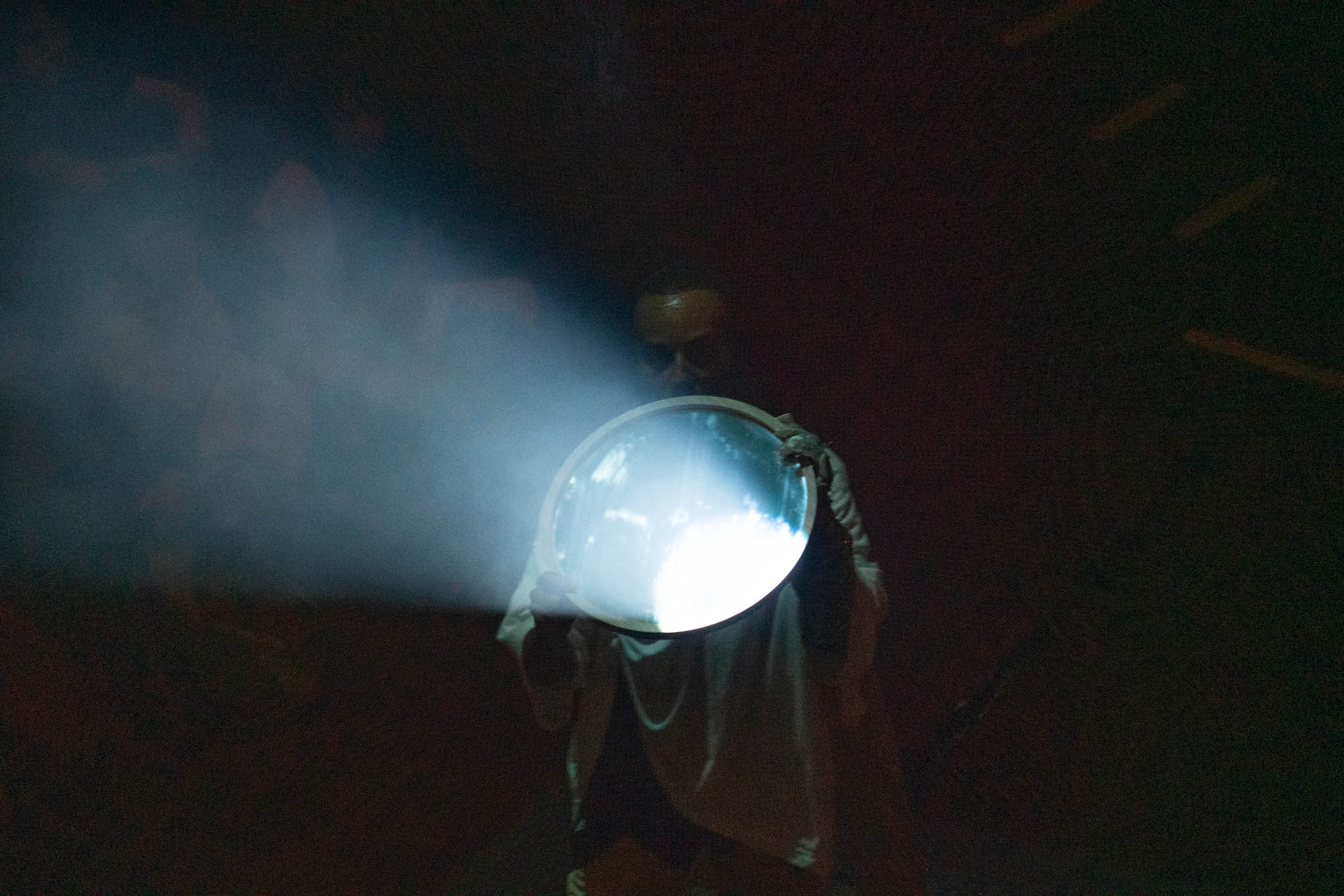 Paul Maheke and Melika Ngombe Kolongo (Nkisi) will collaborate to produce a performance using African cosmology from the Bantu-Kongo and creation stories as its source material. A collaboration of music, design and performance, music producer Nkisi will provide the soundtrack and Ariel Efraim Ashbel the lighting design, within which Maheke will perform. This work is developed in collaboration with Performa in New York, where it will tour after its presentation in London.

Biography
Nkisi (b. Belgium) is the alias of Melika Ngombe Kolongo, an artist raised in Belgium and now living in London. She’s a producer, DJ and co-founder of NON Records, a collective of African artists and of the diaspora, using sound as their primary media, to articulate the visible and invisible structures that create binaries in society, and in turn distribute power. While producing her own tracks, she goes for a heavily layered, relentless sound, often playing with collective memory.