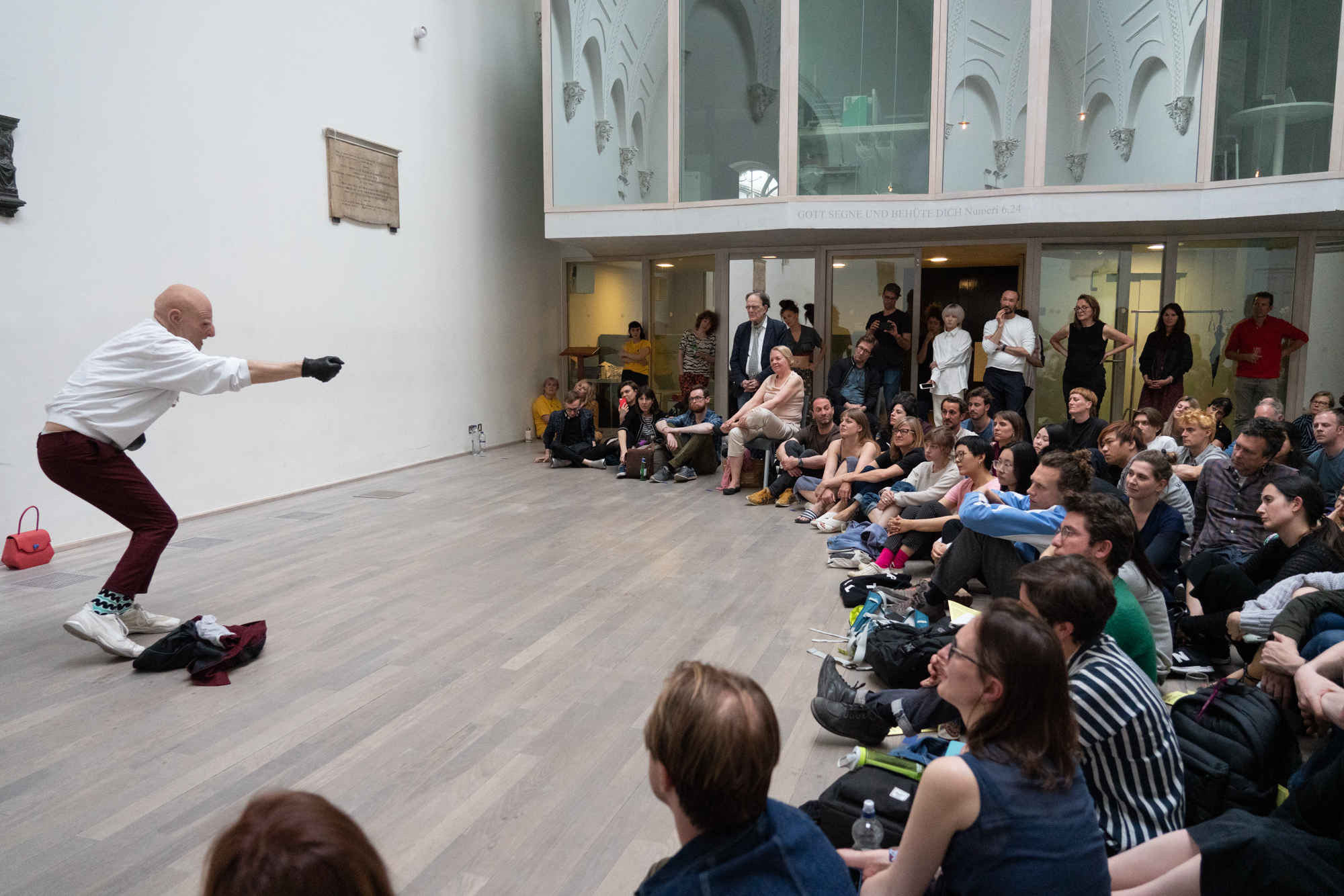 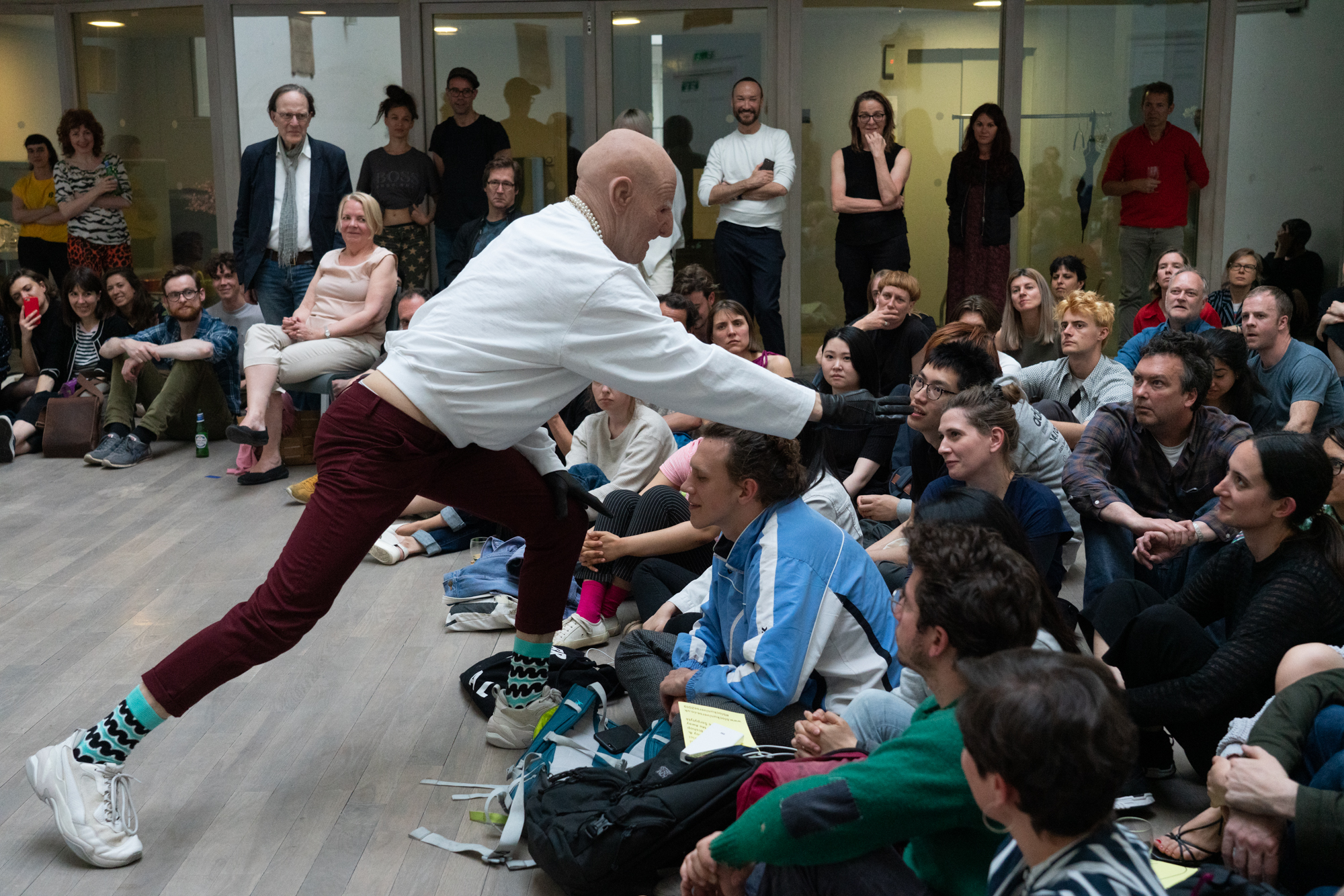 UK premiere, supported by Arts Council England. With thanks to Pramma.

Renowned performance artist Michael PortnoyÂ has also revealed the shocking news that he is 35 years older than he has claimed and has been disguising his true age with prosthetic makeup throughout his career. At the festival, in Portnoy (Born 1936) Improvises, he reveals himself for the first time without a mask, improvising and confusing us in his inimitable way with the collision of movement, language and alien logics. Art historian Claire Bishop
will give an introductory lecture on Portnoyâ€™s newly discovered early history in New York in the late 1950s, discussing his influences and antagonisms within the avant-garde communities of dance, poetry and visual art.

Claire Bishop is a Professor in the PhD Program in Art History at the Graduate Center, City University of New York. Her books include Installation Art: A Critical History (2005) and Artificial Hells: Participatory Art and the Politics of Spectatorship (2012), for which she won the 2013 Frank Jewett Mather award, and Radical Museology, or, Whatâ€™s Contemporary in Museums of Contemporary Art? (2013). Bishop is a regular contributor to Artforum, and her essays and books have been translated into 18 languages. Her current research investigates the intersection of attention and technology in contemporary art and performance.