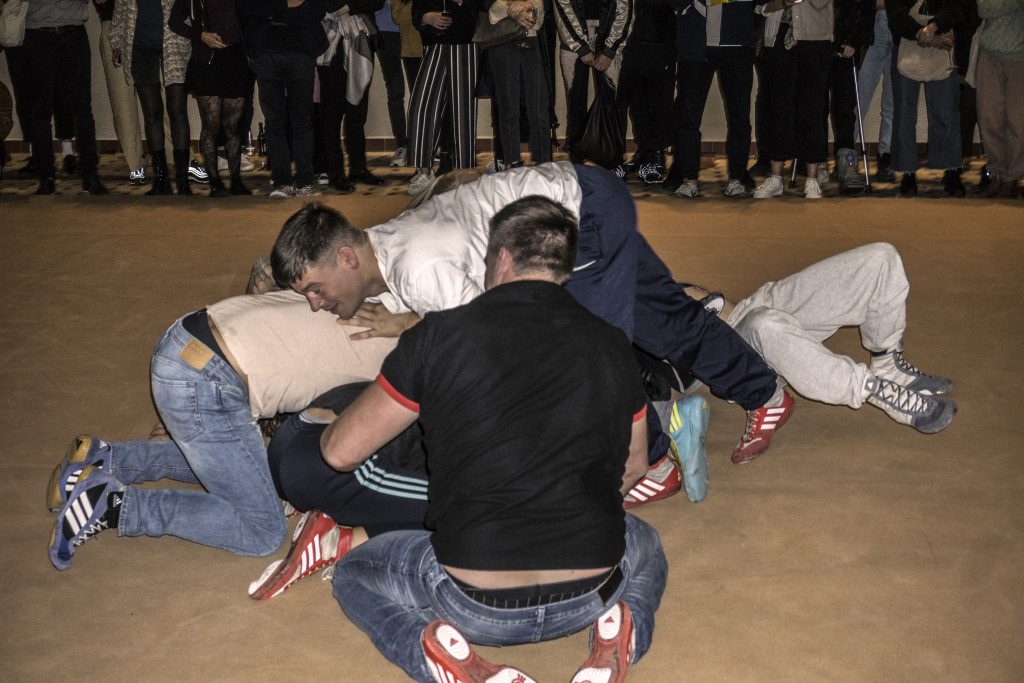 Nina Beier’s work test how value is constructed and undone, serving as a meditation on the multitude of power structures that make up our society. Disregarding usual martial arts categorisations of age, gender and weight classes, Beier’s new performance Class, 2019 at E-Werk Luckenwalde’s Turbine Hall, incorporates freestyle wrestlers from the world-renowned Luckenwalder Sportclub, wearing perfumes generally marketed to each their specific demographic. Relying on select rules of the game and the skill sets of the athletes, this charged work bricolages disparate tropes of both violence and identity. While the odours blend, the bodies on display produce a fluctuating image of authority and dominance. The staged nature of Class, 2019 continues Beier’s recurring interest in the possibility of cohabitation of the real and its own representation in the same object or action.