Choreography for the Running Male 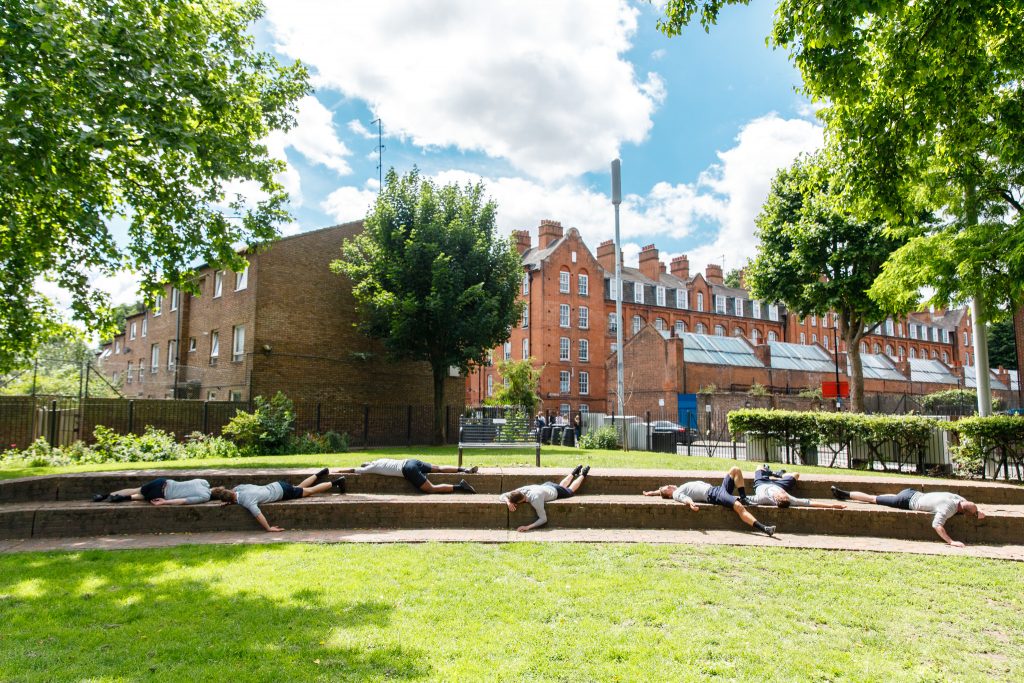 In Eglė Budvytytė’s mobile performance Choreography for the Running Male, a group of men jog a route through the city. As they trace a path in unison, they carry out choreographed gestures relating to emotions ranging from shame to seduction, along with sequences referencing militaristic action. Coming from a country with a history of Soviet occupation, Budvytytė’s piece, with its uniform choreography and sound of marching feet, inevitably speaks to mechanisms of social control. Using the idea of overt emotion, Budvytytė explores the flow-on effect when gendered bodies begin to act beyond expectation. This work investigates notions of socialized behaviour that infiltrate public consciousness and, as an extension, public space.

Made possible with the support of the Lithuanian Culture Institute, the Embassy of the Kingdom of the Netherlands and Gaia Art Foundation. 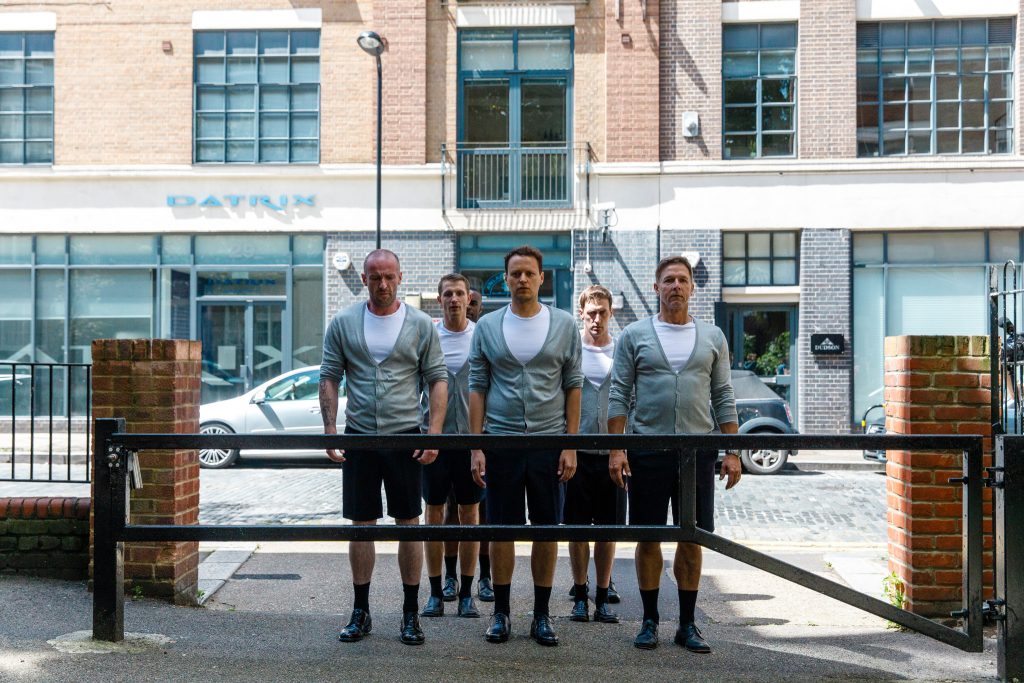 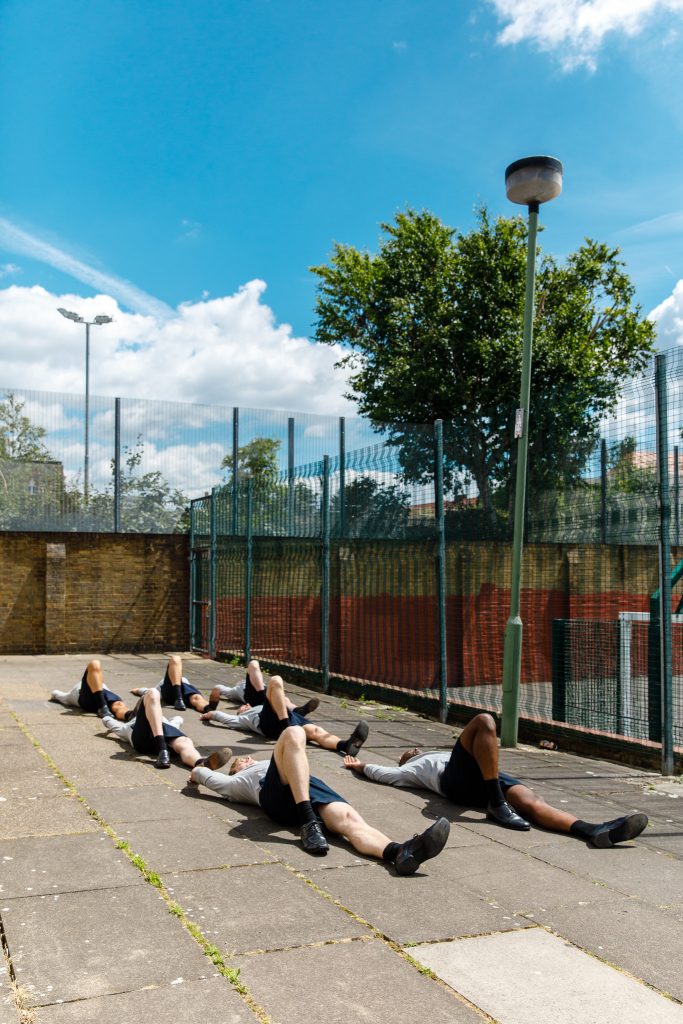