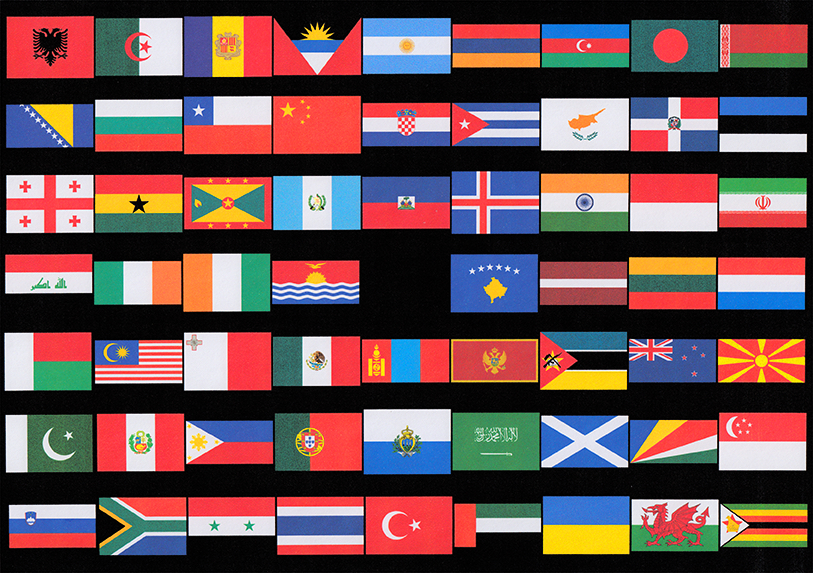 Territorial Symphonies is a new commission by IndrÄ— Å erpytytÄ—, produced by Block Universe. The commission is presented in partnership with Dubai-based Alserkal, with the additional support of the Lithuanian Culture Institute and the High Commission of Cyprus, UK.Ā

During the 58th Venice BiennaleĀ IndrÄ— Å erpytytÄ—Ā presents Territorial Symphonies. This new commission explores inclusion and exclusion in the biennale, one of the most prominent moments in the international arts calendar. In Territorial Symphonies a brass band plays national anthems of the more than 60 countries that came later to his world stage. Not having the luxury of a permanent space, their pavilions lie outside of Giardini.

Taking this as a starting point, this new work seeks to highlight the power dynamic between the countries on the inside and outside. As an act of protest, the performers will play outside the bounds of the Giardini, highlighting the countriesā€™inability to have a presence within the grounds itself. Forming a continuous fanfare to the missing and absent, the work asks us to reassess the established borders and territories that govern geopolitical landscapes and ideologies.