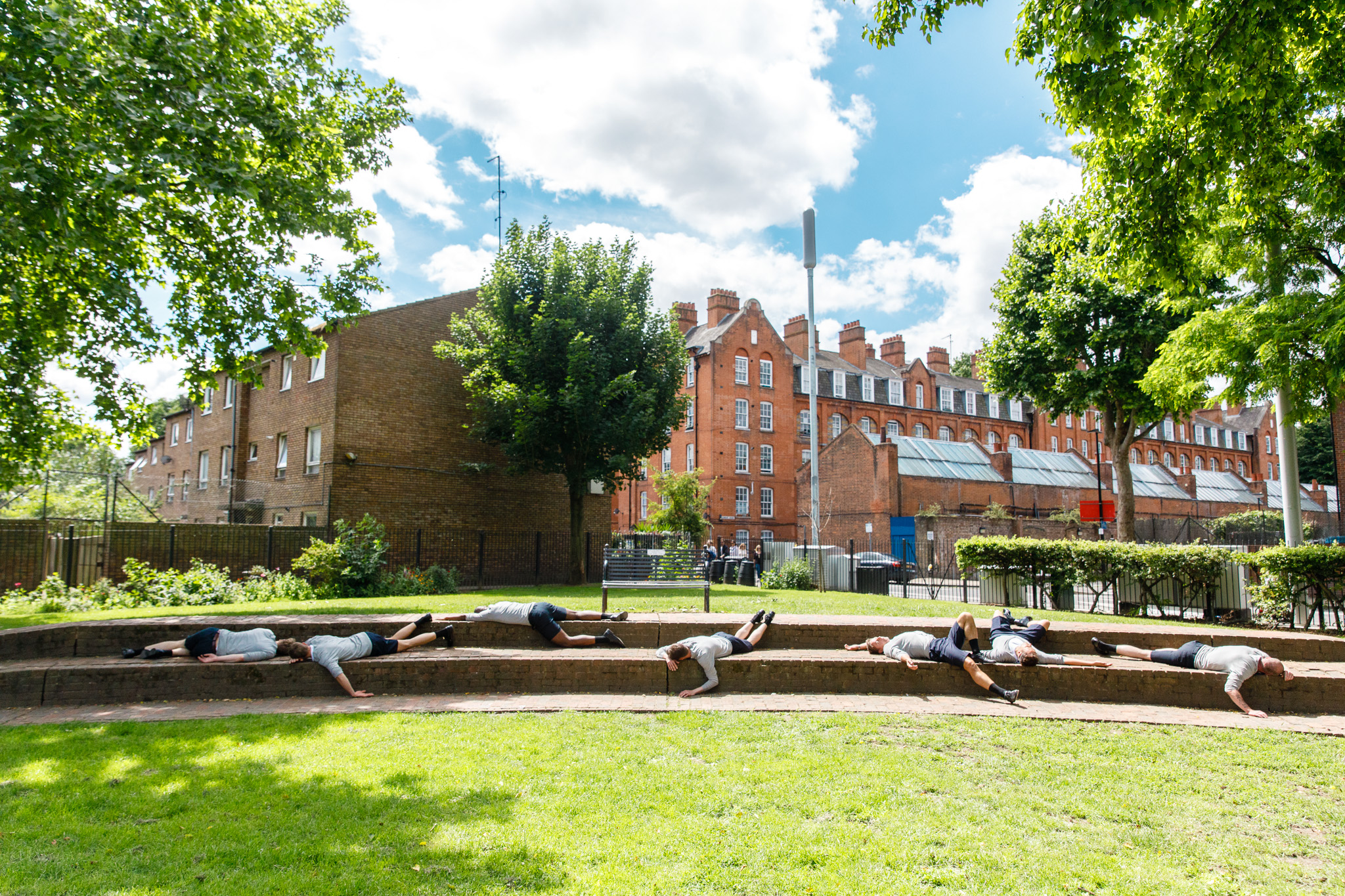 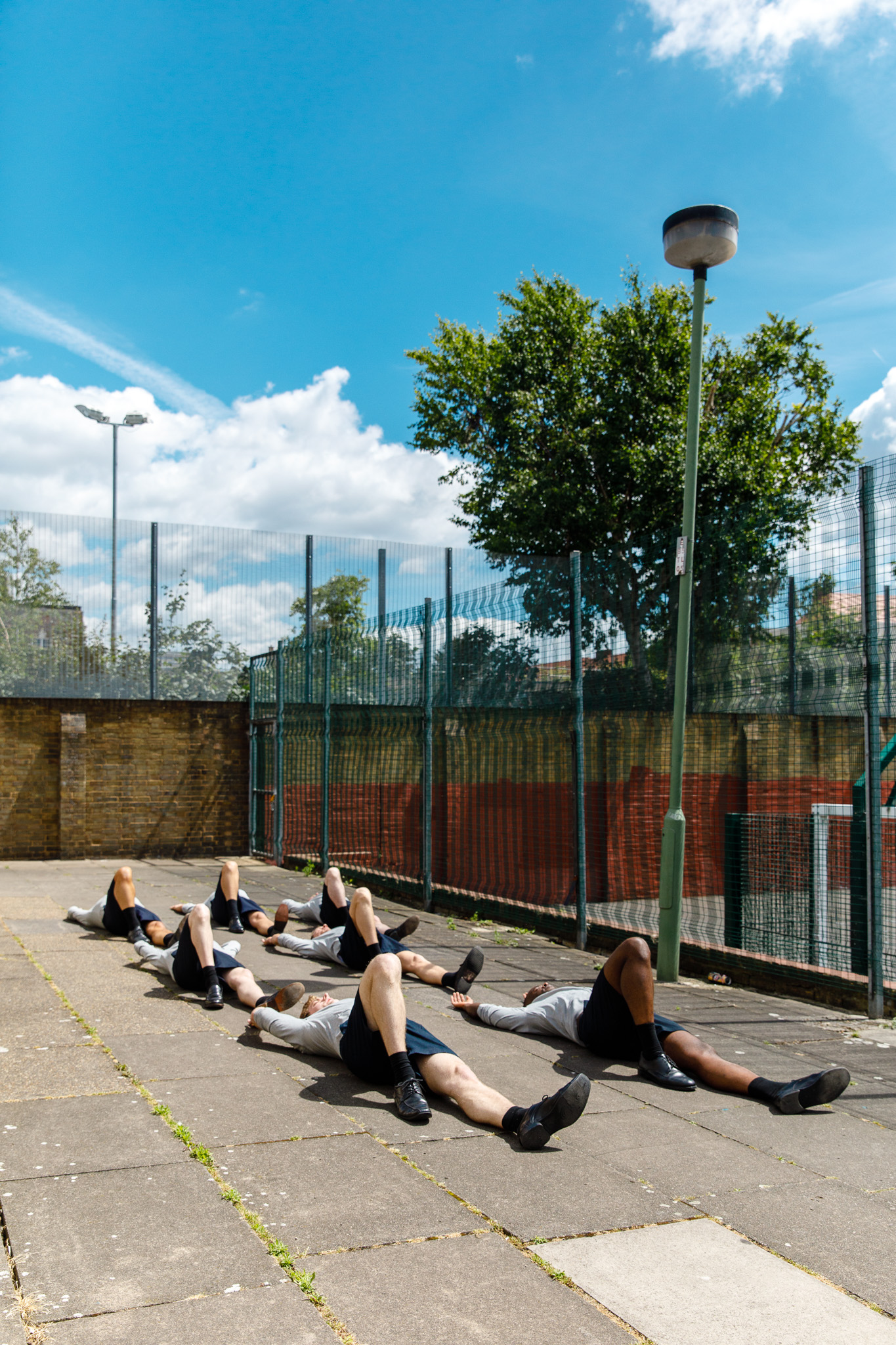 The meeting point for this performance is the entrance to St LeonardŌĆÖs Church on Calvert Ave opposite cafe Paper and Cup, E2 7JP

Made possible with the support of the Lithuanian Culture Institute, the Embassy of the Kingdom of the Netherlands and Gaia Art Foundation.

In Egl─Ś Budvytyt─ŚŌĆÖs mobile performance Choreography for the Running Male, a group of men jog a route through the city. As they trace a path in unison, they carry out choreographed gestures relating to emotions ranging from shame to seduction, along with sequences referencing militaristic action. Coming from a country with a history of Soviet occupation, Budvytyt─ŚŌĆÖs piece, with its uniform choreography and sound of marching feet, inevitably speaks to mechanisms of social control. Using the idea of overt emotion, Budvytyt─Ś explores the flow-on effect when gendered bodies begin to act beyond expectation. This work investigates notions of socialized behaviour that infiltrate public consciousness and, as an extension, public space.

Egl─Ś Budvytyt─Ś (b. 1981, Kaunas) is a Lithuanian artist based in Vilnius and Amsterdam. Budvytyt─Ś creates performance situations to explore the relationships between body, architecture, environment and audience. By choreographing performers to enact gestures that can often seem contradictory to their surroundings she looks at the bodyŌĆÖs ability to challenge conventions of conduct and the narratives of normativity implicit in public spaces. Her work has appeared in a number of exhibitions internationally, including WIELS, Brussels, ┬ĀListe art fair, Basel, 19th Biennale of Sydney, Stedelijk Museum, Amsterdam, 11th Baltic Triennial of International Art, Vilnius and Museu de Arte Moderna de S├Żo Paulo.