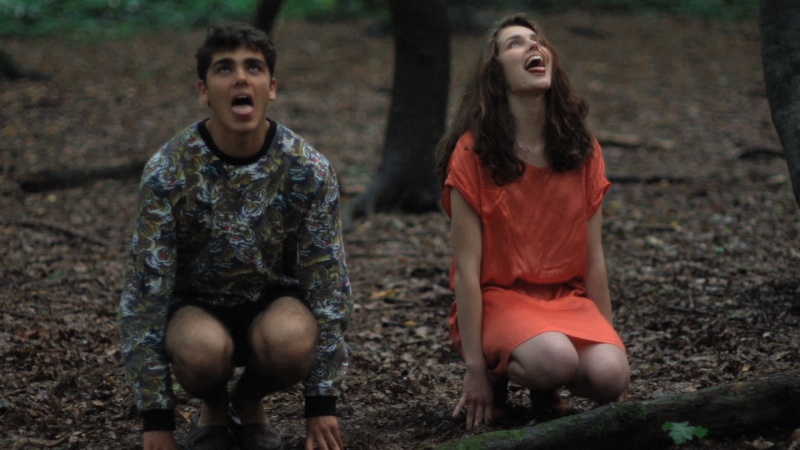 Marking the culmination of the third edition of the festival, Block Universe presents an evening programme of film screenings that explore the complexities of communication and representation whilst touching on identity politics and issues of place-making. Hosted by The White Building and organised in partnership with SPACE Art + Technology Programme, the screening draws from this yearŌĆÖs participating Block Universe artists including Liz Magic Laser, Rory Pilgrim, Egl─Ś Budvytyt─Ś, Zadie Xa and will feature special invited guests as well as two audio pieces by Hanne Lippard.

For Primal Speech (2016), Liz Magic Laser assembled a pseudo therapy group composed of actors with opposing political convictions about Brexit and other world events. In the cinematic, surrealist fiction film In the Absence of Miracles: the Twilight and the Loop (2016), the Dutch / Lithuanian artist duo Bart Groenendaal and Egl─Ś Budvytyt─Ś play with the idea of the city as a post-apocalyptic landscape. American actors employing Brechtian theatricality perform a script that conveys hints at the social disintegration of Europe in a fairytale about a car-borne cornerstone family getting lost on it’s way to a birthday party. British artist Rory Pilgrim contributes with his film The Open Sky (2016), that introduces five women who lived through the radical movements of the 60s and 70s. In Moodrings, Crystals, and Opal-coloured Stones (2016), Zadie Xa undergoes initiation rituals for mudang, or Korean shamen, channeling her interest in magic, witchcraft, and astrology.

Explore the individual nature of imagination, enter a futuristic version of a primal scream room, experience an immersive vocal mantra, venture into Korean Shamen and find yourself in an absurdist road-movie, all in one Sunday Screening.