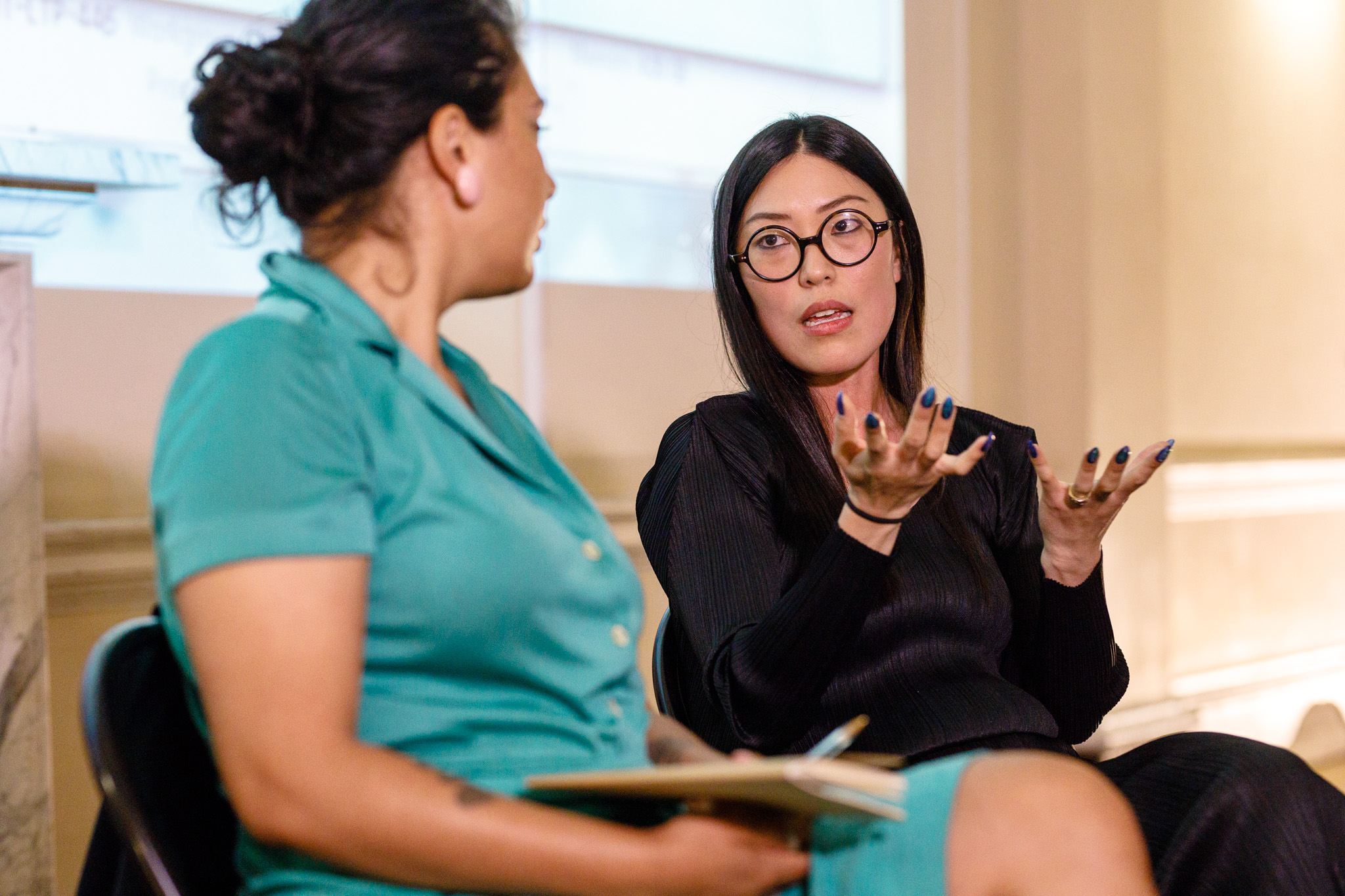 Goldsmith lecturer Chandra Frank will be in conversation with Block Universe artist Zadie Xa, discussing her ongoing practice in relation to ideas of nationhood, identity and the displacement within the Asian diaspora. The conversation will be moderated by the London and Shanghai based curator and researcher Victor Wang.

Zadie Xa (b. 1983, Vancouver) is a London-based Canadian artist. Through performance, video, painting and textiles, Xa interrogates the overlapping and conflation of cultures that inform self-conceptualized identities, notions of self and her experience within the Asian diasporas. Upcoming exhibitions and performances include Pumphouse Gallery, London, programmed by PS/Y as part of Hysteria 2017, Aga Khan Museum, Toronto, and Rehearsals from the Korean Avant-Garde Performance Archive, Korean Cultural Centre UK, London.

Chandra Frank is a PhD candidate and independent curator. She holds an MPhil in African Studies from the University of Cape Town and is currently a PhD candidate at Goldsmiths, University of London. Her work is focused on the Black, Migrant and Refugee womenā€™s movement in the Netherlands during the 1980s. She explores the role of archives, Black and brown feminist genealogy and the politics of pleasure and resistance. In her curatorial practice, Frank is interested in uncovering hidden queer herstories, refiguring the archive and thinking towards decolonial and queer modes of research, curating and healing. To this end, Frank has written various articles, given lectures and presented papers. She has written for Africa is A Country, Discover Society, Warscapes and is published in Third Text Africa. In 2016, Frank was a Curatorial Fellow at the Institute of the Creative Arts (University of Cape Town).

Victor Wang is a curator and researcher based between Shanghai and London. Recent exhibitions include Jac Leirner: Borders Are Drawn By Hand, 2016, a solo presentation by Brazilian artist Jac Leirner at the Museum of Contemporary Art, Shanghai, NeĆÆl Beloufa: Soft(a)ware, 2016, chi K11 art museum, Shanghai, Ensemble sin Ć³rganos, 2016 at the Centre for Contemporary Art Wifredo Lam, Havana, Inside China ā€“ Lā€™IntĆ©rieur du GĆ©ant, Shanghai Station, 2015, a collaborative exhibition between Palais de Tokyo, Paris and the K11 Art Foundation, and he has worked on curatorial teams for the Twelfth Havana Biennial (2015) and the Vancouver Pavilion at the 9th Shanghai Biennale (2012). In 2016 he was awarded the AICA Incentive Prize for Young Critics by the International Association of Art Critics (AICA), and has written for art periodicals such as Artforum and Yishu, Journal of Contemporary Chinese Art, and was Guest Editor for LEAP Magazine. Wang has (co)organised discursive events, projects and exhibitions with such institutions as the Gwangju Biennale Foundation, Gwangju, Serpentine Gallery Park Nights, London, and the Institute of Contemporary Arts, London. He has a forthcoming exhibition at the Korean Cultural Centre, London, entitled Rehearsals from the Korean Avant-Garde Performance Archive which explores the development of South Koreaā€™s performance art scene during the late 1960s and 1970s.