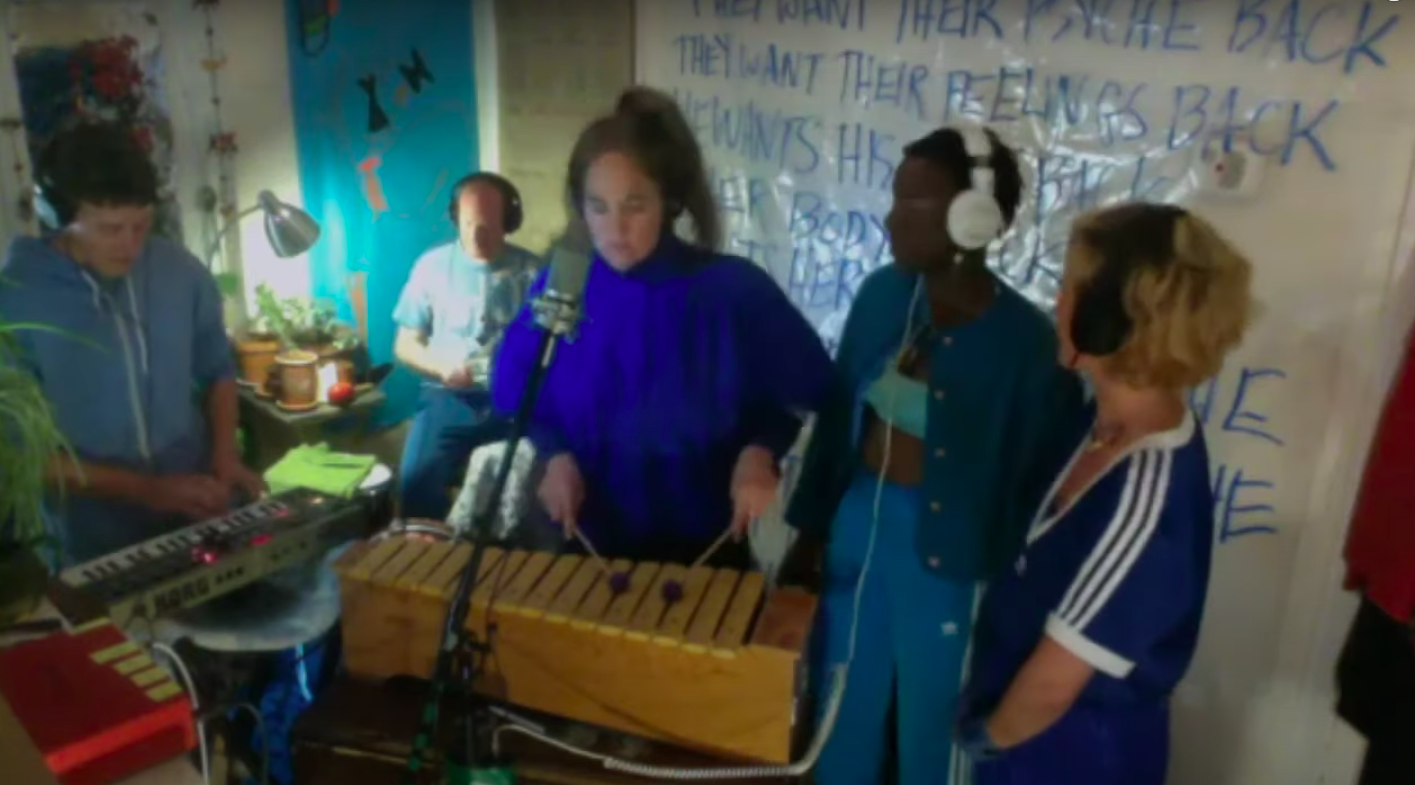 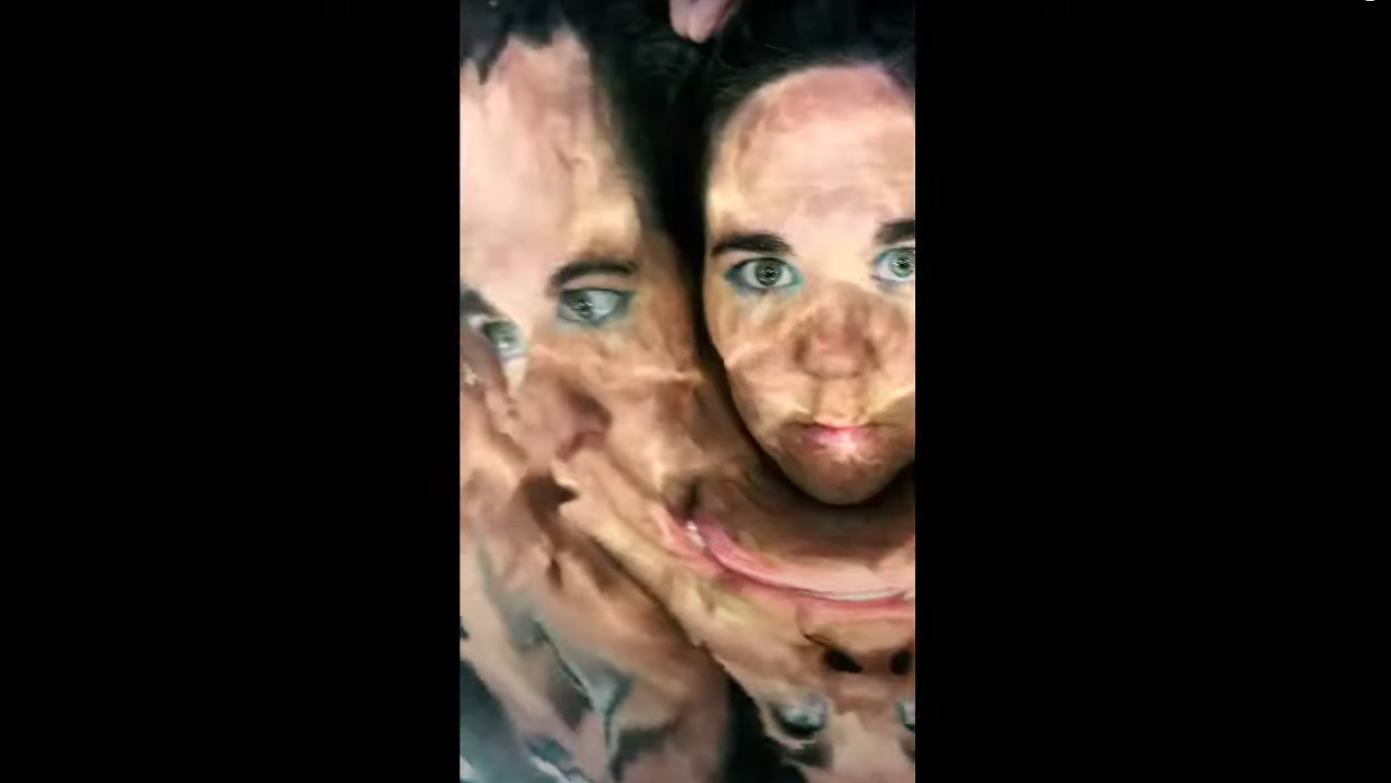 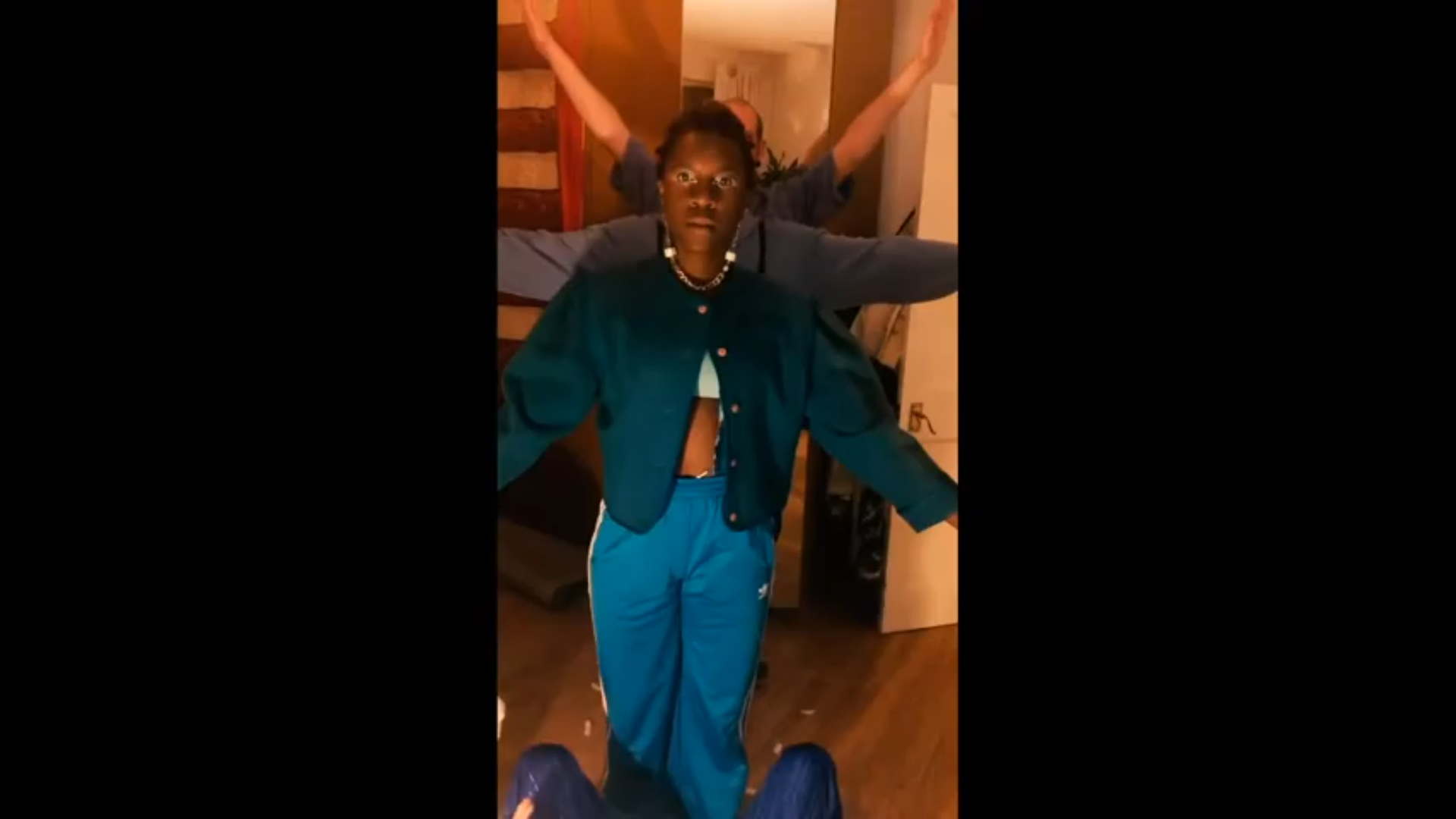 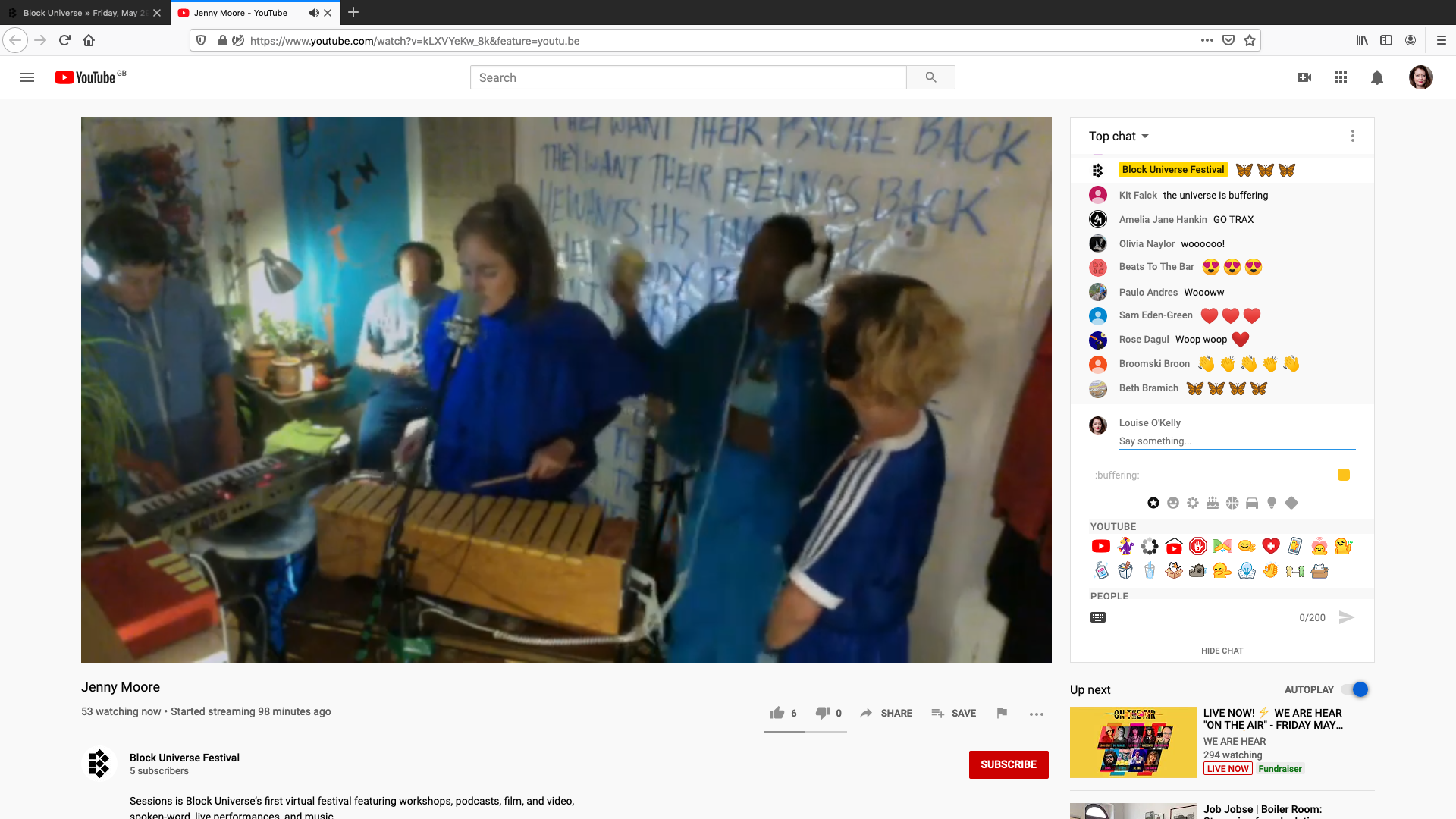 People are unfinished
Part video-collage, part skit, part re-enactment of our new kinds of bodies and movements, and finally a gig in the dining room, think about it like unboxing ourselves after being in the house together for 8 weeks. it’ll start theatrically and end theatrically and there’ll be a moment in the middle where we’ll just play songs and read the YouTube comments.

I’m having trouble with objects and people / peripheral vision, cosmological indecision
I’m having dreams of this never-ending trip / lack of preparation peppered heavy with apparition
Move me out of the house.
I’m holding tight to the skin of my thigh / gradual coming to, pulsing wrist elbow ankle new movement
This is new movement.
This is new.Â

Biography
Jenny MooreÂ is a Canadian artist and musician based in London. She plays in the dance-punk band Charismatic Megafauna, leads feminist choir F*Choir, has written, composed, and recorded a concept album for 10 voices and 2 drummers called Jenny Mooreâ€™s Mystic Business with whom she tours regularly in the UK and abroad. Moore co-founded ‘Bedfellows,’ a group of artists leading workshops, performances and talks about consent, desire and life-long sex education.
She has performed nationally and internationally, most recently at Chapter Arts, Cardiff for The Future is Female, Park Nights at the Serpentine Gallery with BBC Late Junction, Supernormal festival, and has been commissioned to make shows by Tate Britain, Tate Modern, Whitechapel Gallery, Camden Arts Centre, Borealis festival for experimental music (Norway), Arnolfini Bristol, CCA Glasgow and various DIY artist led spaces in London and abroad.

Nandi Bhebhe is a British born Southern African, now residing in London. Since obtaining her 1st class degree at the Liverpool Institute of Performance Art, Nandi performance work has spanned countries, dance companies and theatres. Recent projects includes Nandi starring in the ANU production Faultlines, Dublin; Knee High productions; Royal Shakespeare Company and include the international tour of Bill T. Jones, Fela!, company work with Vocab Dance Company, projects at the Young Vic Theatre with Director Joe Wright and Choreographer Sidi Larbi Cherkaoui, and the Shakespeareâ€™s Globe theatre. Nandiâ€™s choreographic work has gained notable interest and praise, including Best Choreography in a Music Video nomination at the UK MVAâ€™s 2012.Â  As well as performing, Nandi enjoys and regularly delivers workshops across the UK.Â  Coming from a multi media training, Nandi is very interested and excited by multifaceted work and the power of the body within that.

Tracky Crombie is an independent creative Producer/Programmer with over 10 years experience working in the creative and cultural sector in London and the UK. There are three key principles at the heart of all her work; Sustainability, Openness and Inclusivity, which form the basis of all decision making on a project. The word Producer means different things in different contexts. Tracky sees the role of producing, as a process, a collaboration and a journey. She has undertaken roles ranging from programming festivals, to managing building projects for community organisations, producing companies and organisations to one off films and events.

Sib Trigg is an architect and community organiser. Her work revolves around developing and sharing knowledge in ways which examine issues of relational power and increase community agency, primarily around housing in London. He took up kickboxing to have a place to push back against the structural violence which they encounter in the world, and after joining F*Choir, realised that both singing and kickboxing share parallels with the collective and collaborative practices which run through all of their projects.